What Is the Current Law on Claiming Asylum in the United States?

What Is the Current Law on Claiming Asylum in the United States?

At the end of 2018, we had several high-profile news stories break around immigration law in the United States. While several of these stories, from the border wall to expected changes to visa schemes in 2019, highlighted the complexities of current immigration policy, one story stood out from the rest – the status of asylum. Claiming asylum has been an important part of U.S. immigration policy since it’s modern inception in the Refugee Act of 1980, but rarely has the acceptance and policy around asylum been debated this extensively.

As we move into 2019, it is crucial to understand the current law on claiming asylum in the United States, and what could change in the months to come. It is also important to associate these particular immigration laws with events happening on the United States’ southern border. Read on to learn more from our top-rated immigration team in Philadelphia.

What’s on the Books: History of Federal Law on Claiming Asylum

The United States has always welcomed immigrants and refugees from around the world. At certain periods in history, we’ve done this better and more effectively than others, but in many ways claiming asylum is part of the national DNA. As far back as 1951, the United States began entering treaties and international agreements that committed the country to accept refugees from various place and circumstances. 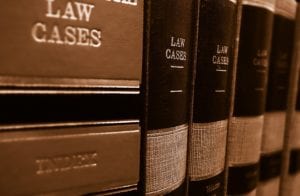 Then in 1980, the process of claiming asylum in the United States became an explicit part of federal law. The Refugee Act of 1980, as an amendment to the Immigration and Nationality Act, gave the Attorney General of the United States the power to grant an individual asylum when that person is unable or unwilling to return to his or her home country because of persecution or feared persecution.

However, not all persecution is included in the definition of “refugee” under this 1980 law. It must be persecution on the basis of, “race, religion, nationality, membership in a particular social group, or political opinion.” This remains the definition of refugee status in the United States, but the level of scrutiny applied to an asylum claim has changed drastically.

There are several procedures important to claiming asylum today, in a future blog post we will dive further into what these standards mean and how an immigration lawyer in Philadelphia can help someone claiming asylum. Here, we will focus on the law and more specifically on claiming asylum at the U.S. border or as an undocumented immigrant in the United States.

If an asylum seeker doesn’t have permission to be in the United States, such as a visitor visa or student visa, then the first step is approaching a U.S. immigration agent or Customs and Border Protection officer. Upon claiming asylum, the agent or officer should allow the asylum seeker to start the screening process for asylum. The initial standard for these asylum seekers is the credible fear test. 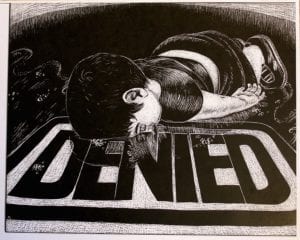 The individual claiming asylum must demonstrate a credible fear of persecution (or torture) upon returning to his or her home country. Credible fear is assessed in a one-hour interview with the asylum seeker. The standard is defined as a “significant possibility” that, if the asylum seeker’s statements were true, he or she would receive asylum in the United States. Passing this test is not a grant of asylum and it is a much lower bar than the test for eventually receiving asylum.

The Full Case for Asylum in the United States

A bad outcome from a credible fear interview usually results in detainment and deportation. Sadly, there are few opportunities for an asylum seeker to navigate other options or avenues. The expediency of the process, particularly in today’s immigration climate, shows the importance of involving an immigration lawyer early on in your case.

A favorable outcome from a credible fear interview means the asylum seeker’s case becomes part of removal proceedings in an immigration court. A full hearing is conducted and both the government and asylum seeker are expected to present evidence on why asylum is appropriate or not. It can take years for this hearing to occur and the individual claiming asylum is permitted to stay in the United States in the meantime.

The number of asylum seekers refused asylum in the United States is growing. Former Attorney General, Jeff Sessions, even claimed that 80% of all asylum cases aren’t fit for approval. It is true that in 2017, only 20% of the asylum applications submitted, by undocumented individuals in the country and individuals abroad, were approved. Although, it isn’t clear that the remaining 80% were denied on the merits of the asylum seeker’s case.

Connecting Asylum to the Southern Border

The attributes of a typical asylum seeker in the United States has changed greatly in the past 10 years. Today, a large number of individuals claiming asylum are coming from Central America and a substantial number of them are women, children, and families. These asylum seekers are traveling thousands of miles to claim asylum at the border, but are now finding a long wait just to make their claim. 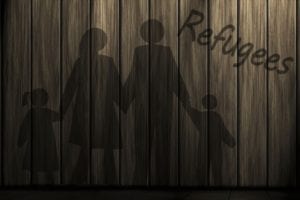 Migrants are waiting months, sometimes even longer, on the Mexican side of the border to make their claim for asylum. There is a long list of individuals hoping each and every day to hear their name called just for the opportunity to reach a U.S. border officer or reach the United States at an official point of entry. These long waits don’t include the process of a credible fear interview or asylum case, and the individuals still waiting aren’t counted in the 80% that have their asylum claims denied.

At Hykel Law, we regularly work with individuals wanting citizenship in the United States, people that need a work visa or temporary visitor visas, and people claiming asylum. If you or a loved one needs more information on asylum and the assistance of an immigration lawyer, contact us at (215) 246-9400.