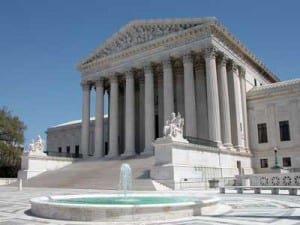 Today, the US Supreme Court reached a split, 4-4 decision on whether President Obama has the authority to institute DAPA and Extended DACA to foreign nationals currently present in the United States. Due to the vacancy in the Supreme Court left by the death of Justice Scalia, the Court reached a tie of 4-4. In the event a tie, the decision of the lower court stands. Therefore, the injunction upheld by the Fifth Circuit stands. On this sad day, 4 million hard working people in our country will not be able to come out of the shadows. The Court’s inability to reach a decision is also caused by many Republican Congressman who refuse to meet President Obama’s nominee for the US Supreme Court. If we had a full court of nine Justices, we would at least have a SCOTUS decision in this matter. This is a sad day for our country on many fronts. To learn more about Extended DACA and DAPA, see this article