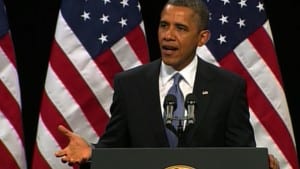 Earlier this month, a federal court judge in Texas issued a preliminary injunction which has delayed the implementation of the expanded DACA program meant to begin on February 18, 2015. The program is not cancelled; it is only temporarily delayed as confirmed by the President, who has aggressively appealed the Texas judge’s ruling. The judge’s order is likely to be overturned on appeal.

President Obama has encouraged all persons who are eligible for the expanded DACA program to continue to gather their documents and prepare to file because as soon as the legal battle is over, USICS will accept DACA applications.

The expanded DACA program opened the program to individuals who are over the age of 31 and who have been physically present in the United States since 2010. The original DACA program was only available to persons under the age of 31, who entered the country before age 16 and earned or were pursuing a high school diploma or GED.

Call Hykel Law today to find out if you qualify for the expanded DACA, DAPA or original DACA program, 215-246-9400.