On November 20, 2014 President Obama announced several immigration reform measures including an expansion of the DACA program. DACA (Deferred Action for Childhood Arrivals) is a program that allows people without current immigration status who arrived in the United States before the age of 16 to obtain work permits and driver’s licenses. Most importantly, applicants will not be deported from the United States. The DACA program first began in 2012, and is available to people who have a high school diploma or are currently working towards one (including a GED program). The expanded DACA program, which begins February 18, 2015 is available to people who meet the following basic criteria:

Two major changes to the program are that people no longer have to be under the age of 31 to apply and the work permit will be valid for 3 years instead of 2 years. This means that as long as you came to the United States on or before your 16th birthday and meet the other requirements, you can apply for DACA without being denied for being “too old.”

Our office has represented many, many DACA applicants and obtained approvals for DACA eligible people, who now have work permits and driver’s licenses. Most importantly, these people are out of the shadows and can go about their lives in the USA without fear of being deported. They work lawfully, have valid driver’s licenses and have no worries of deportation. Call Hykel Law today to have a DACA Lawyer represent you with your case. 215-246-9400. 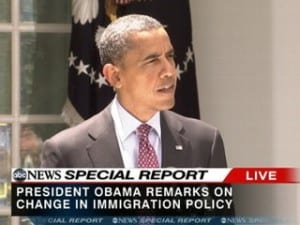