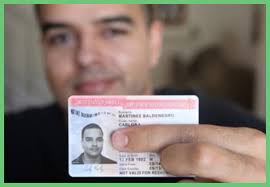 President Obama’s Childhood Arrivals Program (DACA) will include more people as of February 18, 2015. The program was originally announced in June of 2012 and allowed persons who came to the United States as children (under the age of 16), who were still here and who did not have a lawful immigration status to obtain work authorization and social security numbers.

On November 18, 2014 President Obama announced that this program would be expanded to include more childhood arrivals. The biggest change to the program is that there is no longer an upper age restriction. When DACA first came out, persons who were over the age of 31 could not apply. Now, persons of any age can apply as long as they came to the USA before their 16th Birthday.

The new instructions for Expanded DACA, which were published yesterday, Feb. 11, 2015 set forth other notable changes to the program:

-Applicants can not have left the United States at all (even for one day) on or after January 1, 2014 without an advance parole (travel permit); Departures before January 1, 2014 that were “Brief, casual and innocent” are permitted for DACA;

-Applicants cannot have had a lawful immigration status as of June 12, 2012;

Proof of Physical Presence on or before your 16th Birthday

Although it is not a new requirement, now that the upper age restriction has been lifted from the DACA program, applicants may have more difficulty proving that they were physically present in the United States on or before their 16th birthday because it may have been several decades ago. Ideally, the applicant would obtain a high school transcript, but if that is not available because the school is no longer in existence, Hykel Law can help you find acceptable documents to win your case.

People may file for the expanded DACA next week on February 18, 2015. Call today to have Hykel Law handle your DACA matter.