As we start 2019, President Trump will not have the funding for his “wall” on the United States and Mexico border. The President has been vocal on the necessity of a physical wall on the border since his campaign in 2016, but construction has yet to begin. This month, Senate Democrats rejected legislation with the requested $5 billion in funding for the border wall, and President Trump refused to sign any funding bill without those designated funds. Thus, Congress breaks for the New Year in a stalemate.

While the funding and future of the border wall are uncertain, and becoming less likely as the Democrats control the House of Representatives starting on January 3rd, other immigration policy under the Trump Administration took hold in 2018. This was a year of major shifts in immigration policy. 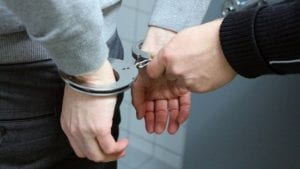 Illegal entry isn’t a new offense under the Trump Administration, nor has the central characteristics of the federal offense changed, but the immigration policy behind this section of the Immigration and Nationality Act changed substantially in 2018.

Practically speaking, illegal entry was always handled through financial and removal proceedings. An undocumented individual is detected, charged a fine for illegal entry, and deported. If there were a claim of asylum or other circumstances, the individual would have additional hearings to determine the validity of these claims. In 2018, the Trump Administration enacted a zero tolerance policy that used the full weight of the illegal entry criminal provision.

As adults were formally charged with the federal crime, minor children were separated from adults and all individuals detained separately. The outrage from this immigration policy was swift. The Administration says that families are no longer separated on the basis of criminal detention for illegal entry, but Immigration and Customs Enforcement agents are still forcefully using criminal charges to detain and deport individuals accused of illegal entry.

The challenges to immigration courts are long-standing and complicated. There has long been the need for some revisions and shifts in how these courts operate and the due process provided to immigrants. But few immigration lawyers envisioned those changes going in the direction of the Trump Administration in 2018.

Under Attorney General Jeff Sessions’ immigration policy of 2018, more immigration court judges were hired and these judges ordered to hear substantially more cases. This move was intended to solve an impressive backlog of 730,000 pending immigration cases. The judges hired tended to share certain traits – a background in law enforcement, focus on former prosecutors, and other governmental experience. As well, the placement of these judges was noticeably at two immigration courts; those courts where hearings were heard by teleconferencing and the cases could, supposedly, be handled even faster.

Further, AG Sessions introduced modifications to the performance reviews of all immigration court judges that linked a judge’s performance to the number of cases heard. Of course, this should increase the number of cases heard each week, month, and year, but likely at the detriment of those before the courts, as due process and other rights before deportation and removal could be overlooked or ignored.

In 2018, the Trump Administration announced the end of TPS status for six of the 10 countries currently provided special rights to live in the United States after a natural disaster or violent circumstances. Individuals from Sudan, Haiti, Nicaragua, El Salvador, Nepal, and Honduras will lose TPS between now and 2020.

As the name would suggest, TPS was created and managed as a temporary program for individuals fleeing unlivable circumstances, but to rip away the legal status of nearly 390,000 individuals, some of whom hardly remember lives elsewhere, was met with substantial criticism. In October 2018, blocked the Department of Homeland Security’s cancellation the TPS program, calling it unconstitutional.

#4: Revising Privileges Under the H1B Visa 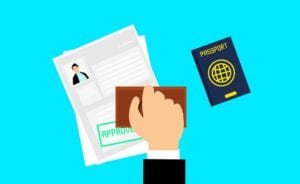 Adjustments to the H-1B application and approval process marked a new approach to foreigners employed in the United States and immigration policy around employment visas. First, parts of the executive order to “Buy America, Hire America” has led to a higher standard for scrutinizing and approving H-1B visas. The number of H-1B visa applications denied has increased since this immigration policy change.

Following this adjustment, the Trump Administration announced the end of premium processing for H-1B visas and announced a new preference for H-1B applicants with a master’s degrees or higher that would change the lottery system typically utilized for deciding the H-1B applications that are approved. It should increase the education level and talent pool of individuals approved for an H-1B visa but also cost the government more money to effectuate.

Lastly, a final change to the H-1B visa was proposed, but not finalized, in the fall of 2018. The proposal would once again prevent spouses of H-1B visa holders from working. In 2015, roughly 50,000 spouses gained the right to work under their H-4 visa, provided certain criteria were met, but the Trump Administration is considering removal of this allowance.

While these changes to immigration policy exemplify many of the goals and proposals of the Trump Administration, it is hardly a comprehensive list. The year 2018 was also marked by ICE arrests in courtrooms and hospitals, another increase in the overall number of ICE arrests, and changes to asylum rules and requirements. All in all, the Trump Administration hasn’t successfully erected a physical wall, but the Administration has succeeded in making many aspects of immigration to the United States more difficult. 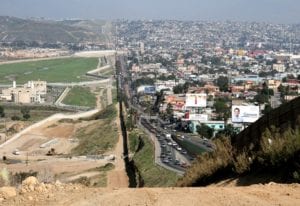 It should be expected that the complications and uncertainty around U.S. immigration policy will continue into 2019 – making the need for a skilled immigration lawyer necessary.

If you have questions regarding immigration policy, an immigration case, deportation, or U.S. visas, contact our team at Hykel Law. We can schedule a free initial consultation with an experienced, Philadephia lawyer in our office when you call (215) 246-9400.